Showing posts with the label Loxia
Show all

Zeiss Loxia on Sony A7r and A7s Cameras
Here's a quick video from Carl Zeiss about their new line of Loxia lenses especially designed for the Sony A7 family of cameras. 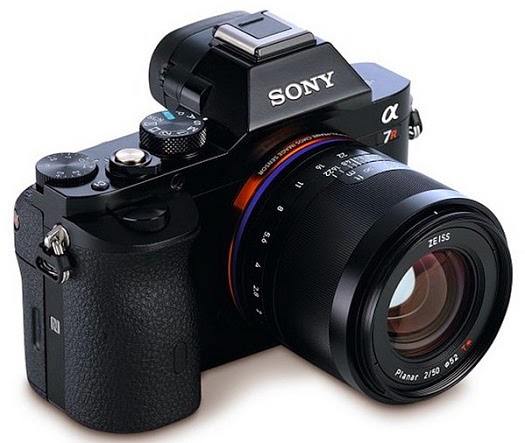 Zeiss Loxia 50mm Planar on Sony A7r
Berlin Backstage was lucky enough to test out the new Carl Zeiss Loxia 50mm f/2 Planar lens before the Photokina 2014 official release. Here are a points we extracted from their review titled "Blau trifft Orange," translated blue meets orange.
180° of focus ring movement for gentle, precise focus.Aperture ring can be de-clicked for videographers with a supplied de-click tool.Feels similar to the Zeiss 50mm ZM Planar lens.  The Loxia 2/50 is a massaged ZM Planar design for the Sony A7 series. The f/2.0 maximum aperture keeps the lens small which is a good compromise. The Loxia is a manual aperture lens, not electronic controlled.It provides Exif data to the camera. The lens hood can be mounted in reverse without blocking the focusing ring. Ten aperture blades for buttery soft bokeh.Important points for the reviewer: feel, color, contrast.See the sample images from the Loxia 50mm on the A7r from Berlin Backstage below. 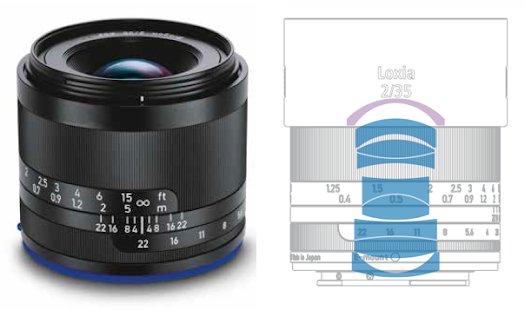 Here are the specs for the upcoming Loxia lenses by Carl Zeiss designed for the Sony A7 family and other E-mount cameras. The first two announced are the Loxia 35mm f/2 Biogon and the 50mm f/2 Planar.  Both lenses share the same physical dimensions and filter ring thread.  They are manual focus lenses with electronic coupling to Sony E-mount cameras.