Showing posts with the label 24-70 Vario Tessar
Show all 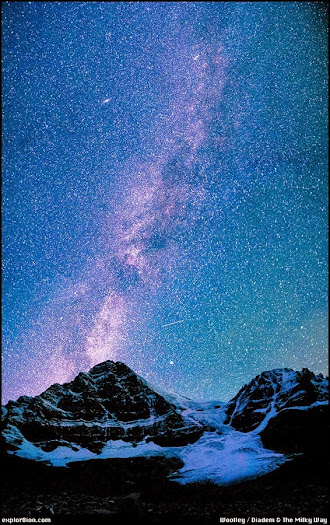 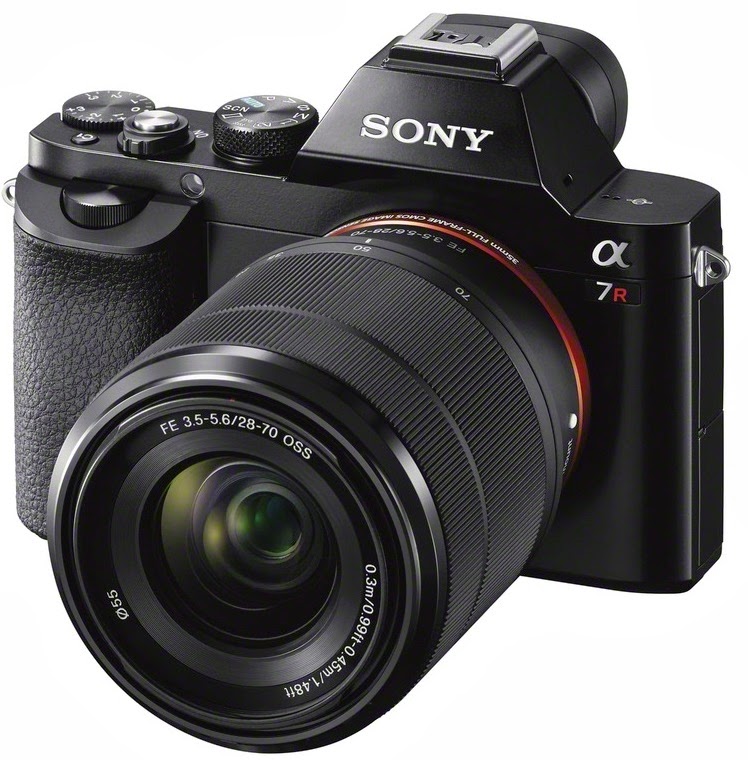 from iso.light:
So the question arose: should I get the Zeiss 24-70mm zoom lens? What improvements would it bring over the kit lens? Is that really worth 1200$?

Well, you tell me! Here are some comparisons pictures, all shot with a tripod and the OSS turned off. The same focal length and other settings were selected on each lens (at least that’s what the EXIF says) and I tried to change the lenses as fast as possible between the shots.
There are 5 pairs labelled A & B, in no particular order. I’m interested to see which picture you prefer? They all have been edited inLightRoom with exactly the same settings for each pair (note that no lens correction was applied as LR5.3 has no profile for the Zeiss yet). There are no right or wrong answers, you can either try to guess the …
Post a Comment
Read more 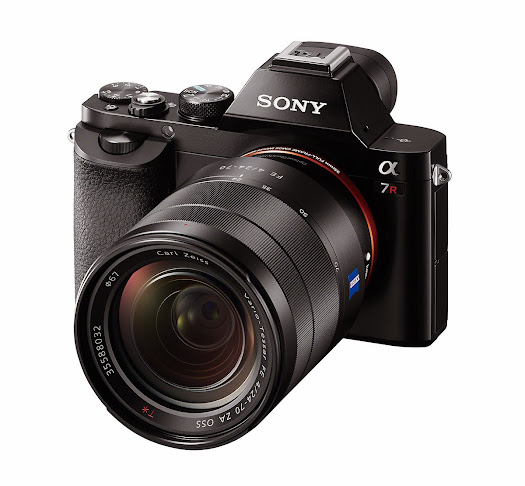 Zeiss 24-70mm FE ZA with the A7r
Zeiss 24-70mm AF Speed Test
SLR Club posted a video of the autofocus speed of the new Zeiss 24-70mm f/4 ZA FE Vario-Tessar lens. This lens is made for the new Sony A7 cameras and covers its full frame sensor. This lens will also work on NEX aps-c cameras and will have an equivalent fov of 36-105mm.

We are wondering how this lens compares to the Zeiss 16-70mm E ZA lens which is for the aps-c sensor. Both lenses share the common features. They have image stabilization, maximum aperture of f/4, and are dubbed Vario-Tessar by Zeiss. 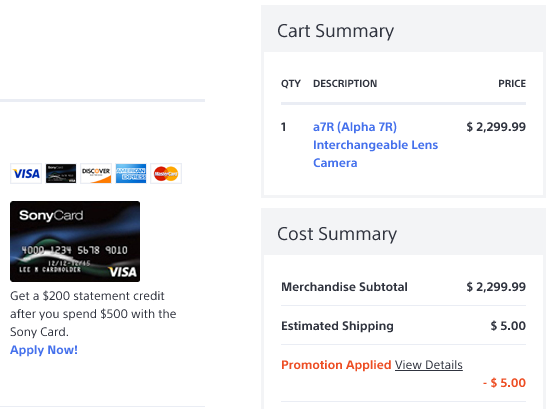 Sony A7r Checkout Cart
Sony is offering a $200 credit if you spend $500 at the Sony online store using a new Sony Visa. This discount applies to any NEX purchase totaling over $500 including the new Sony A7r and pre-ordering the Vario-Tessar T* FE 24-70mm F4 ZA OSS lens.

Add the Sony A7R Camera to your cart.Go to the Secure Checkout.Enter your billing and shipping address.Choose your shipping method.At the Payment screen, shown above, click on the Visa Apply Now button. A new window will pop up.Read the fine print. Fill out the Sony Card application.If you are approved, the Sony Card can be used to process the Sony A7r purchase.Now we wait 8-12 weeks and the $200 credit will appear on the Sony Card statement. There is 0% interest until October 2014.
The fine print:

In order to receive your $200 statement credit, you must make at least $500 in purchases within 90 days of account opening. The credit will appear on your monthly Sony Card statement within 8-12 weeks of your qualifying p…
Post a Comment
Read more 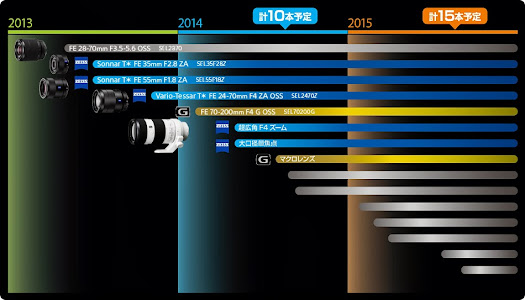