Showing posts with the label Contax-G
Show all 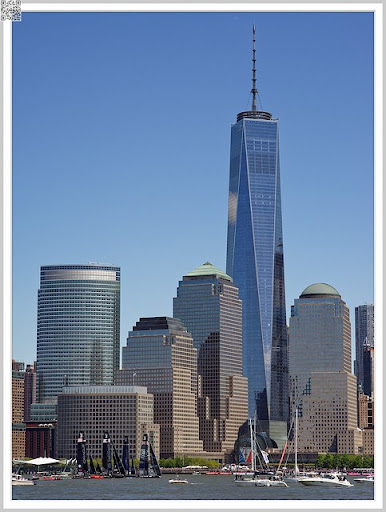 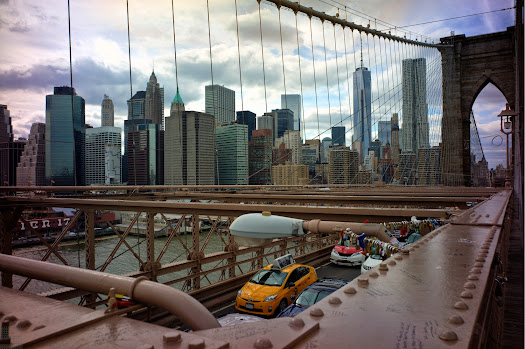 Manhattan from Brooklyn
We are still learning which lenses play well with the Sony A7r and we found one that's not so friendly. The Contax G 28mm f/2.8 Biogon, shown in our previous post, is a non-retrofocus rangefinder lens which means that the rear of the lens is closer to the film plane or sensor. This causes the light at the edges to hit the Sony's A7r full frame sensor at oblique angles which results in color casts. This happens with the Leica M9 and M240 but is corrected with in-camera with software. The color cast can also be corrected with CornerFix or Light Room's Flat Field Plug-in, discussed by Tobinators here. We did not correct the images here for color cast.

Apart from the color cast, the Contax G 28mm Biogon performed well. We love the sharpness, contrast, and color the lens and the Sony A7r sensor delivers. Most of the shots are at f/5.6 or f/8 as we tried for the sweet spot of the lens. The A7r was set to Aperture Priority as there was plenty of li…
Post a Comment
Read more

Sony A7 and A7r Hands On at PhotoPlus Expo 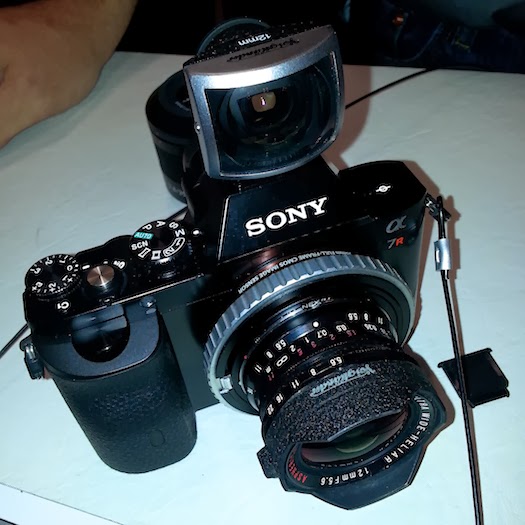 Sony A7r with a Voigtlander 12mm Lens and Viewfinder
It was a very crowded Sony booth at PhotoPlus. The great thing was the Sony representatives were very accommodating to anyone who wanted to play with the new Sony A7 and A7r. We had our bag of lenses and was able to mount them all on the A7 and A7r - check out the 12mm viewfinder on the A7r above. The lenses include the following:

Voigtlander 12mm f/5.6 Leica Thread Mount on a helicoid adapter.Voigtlander 35mm f/1.7 Ultron LTM.Minolta 24mm f/2.8 Rokkor MD.Contax G 28mm f/2.8 Biogon.Contax Zeiss 85mm f/1.4 Planar with the Metabones Speedbooster and the standard C/Y adapter.Zeiss 12mm f/2.8 Touit Distagon.The cameras were pre-production and the use of memory cards to record the images was prohibited. We wanted to see if I could see immediate problems on the rear tilting lcd but none were glaring.  The only noticeable issue was color shift with the Contax G 28mm Biogon.  We're hoping that this can be remedied with the production m…
1 comment
Read more 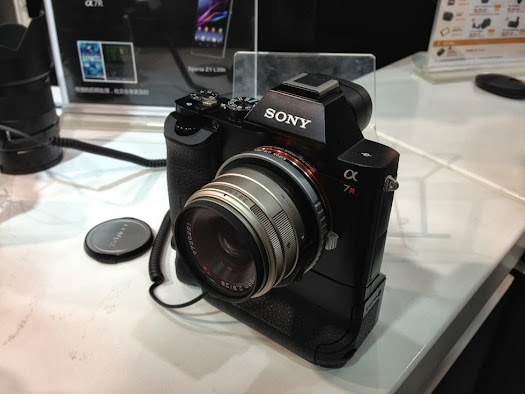 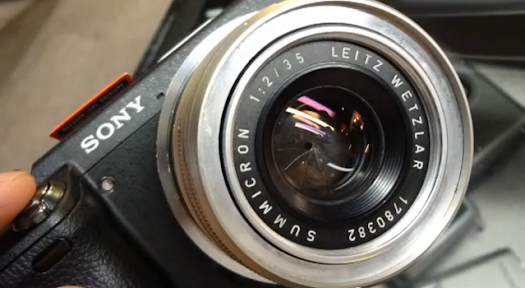 Leitz Wetzlar 35mm f/2 Summicron on a Sony NEX-6
Leica M 35mm Summicron Lens Autofocus via Contax G Adapter
MxCamera posted their video of a Leica 35mm f/2 Summicron lens from 1960 on the Sony NEX-6 from 2012. The 52 year gap is bridged by a Contax G 28mm lens housing which has been modified to allow autofocus on NEX cameras. If only Dr. Mandler can see what his Summicron can do now. 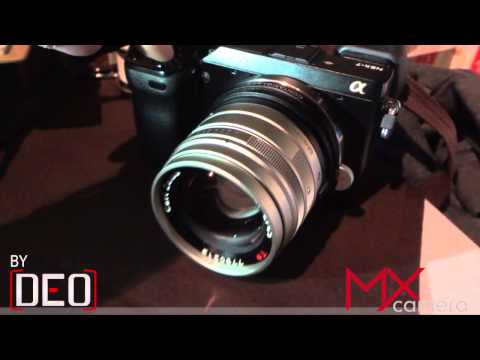 DEO Techart Contax G to E-mount AF Adapter by MX Camera.
Contax G rangefinder fans take a seat. Your autofocus lenses have been brought back to life with an upcoming Sony NEX E-mount autofocus adapter. The video above from MX Camera shows the NEX-7 controlling the Contax G 45mm f/2 lens in autofocus mode. We hope to discover more about this adapter soon. We'll have to wait two weeks.

We have the manual focus adapter for Contax G lenses and we love the images that come from the lenses by Carl Zeiss. 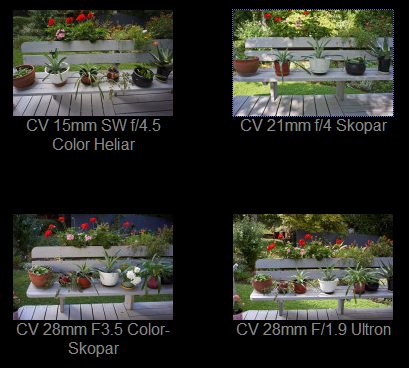 Carl S. was generous enough to share his gallery of adapted lenses on the Sony NEX-5N. The lenses used were mostly Voigtlander lenses in Leica M mount. There are also Contax G lenses and a Canon 24mm Tilt Shift Lens.

Check out the Carl's NEX gallery which covers lenses from 15mm to 90mm focal lengths on the NEX-5N shooting the same scene. Make sure to look at the high resolution samples. 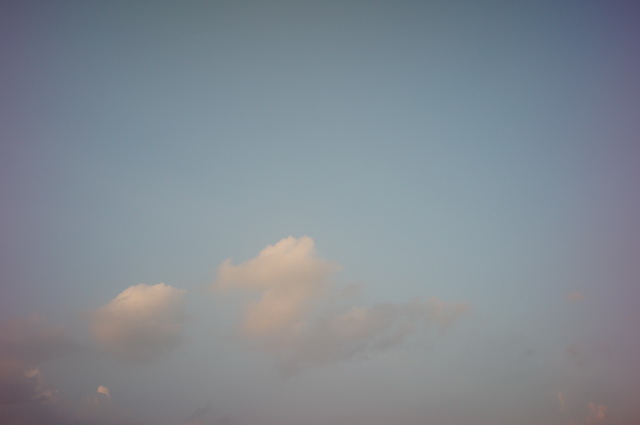 Sony NEX-C3 vs NEX-5 Sample 1
bigpen from xitek forums was lucky enough to have the new NEX-C3 and the NEX-5 for a red shift battle. The red shift, vignetting, and / or discoloration is caused by wide angle rangefinder lenses (28mm or less) on the NEX. The light rays from the wide angle lens hit the edges of the NEX sensor at extreme angles since the lens' rear element is so close to the NEX sensor.
The comparison was done with a lens adapter and the Contax G 21mm Rangefinder lens, which is known to produce the red shift on the NEX-5 and NEX-3. It looks like the Sony engineers know of the red shift and has addressed the issue with the new NEX-C3. The 16.2 mp sensor of the NEX-C3 seems to handle the light from problematic lenses in a different way - better. The NEX-C3 samples are the ones on top in each set.

But don't worry, the red shift, vignetting, and / or discoloration can be fixed in post processing by using CornerFix.
The same issue exists for the Leica M8 and M9 and…
Post a Comment
Read more 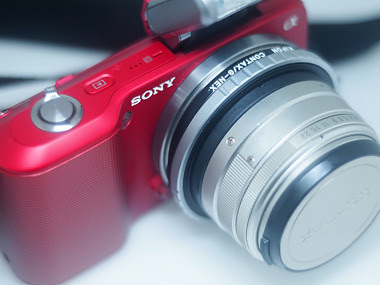 Kipon Contax G Lens Adapter on a Sony NEX-3 E-mountHere's another new manual lens adapter for the Sony NEX cameras. Kipon just released this E-mount to Contax G lens adapter for use on your Sony NEX-3 or NEX-5 camera. Kipon Adapter Contax G to Sony Alpha are now available on eBay or Amazon. The eBay auction states that the focus ring is "large diameter" compared to the tiny ones on the µ4/3 to Contax G adapters. This should make for easier and faster focusing on the Sony NEX system.